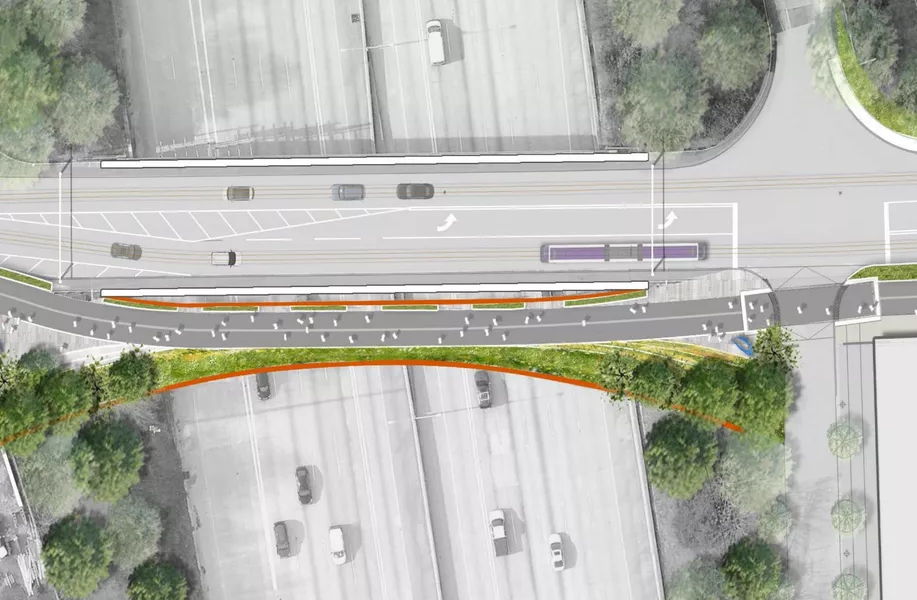 The highly anticipated connection between the Beltline’s popular Eastside and Westside trails is showing more signs of promise by the day, as project officials unveil new details about a 4.5-mile section that could link Atlanta’s southside together like never before.

As with other Beltline sections, the Southside Trail will need to be phased out, due to funding constraints and construction timelines, officials said Wednesday.

Eventually, however, the expected $70-million stretch from Adair Park to Ormewood Park could bring unique features to the planned 22-mile loop.

Beltline officials told Curbed Atlanta this week they’re still not sure if the project will secure a $16 million federal BUILD Grant they applied for earlier this month.

If Atlanta Beltline Inc. claims those funds, though, the money, combined with local cash, would help build the easternmost 1.5 miles of the Southside Trail. That section would stretch from the north side of Interstate 20, over Bill Kennedy Way, down to Boulevard.

Beyond the concrete trail, with its requisite access points, lights, cameras, and landscaping, the funding would also “support the construction of a new pedestrian bridge over I-20 alongside Bill Kennedy Way, providing an even more improved trail experience,” according to a Beltline blog post.

Should the grant money materialize, construction on that section would begin in late 2021, officials said.

The Beltline is also working with the City of Atlanta and the Georgia Department of Transportation to make temporary improvements along Bill Kennedy Way between Glenwood Avenue and I-20.

Those interim upgrades, which could be ready by mid-2020, call for a 10-foot-wide path through the existing I-20 interchange, protected from vehicular traffic by a concrete barrier.

The first part of the Southside Trail slated to be paved would extend three quarters of a mile from the current Westside Trail terminus to a point near the Connector, officials have said.

That $16 million project, which would run through Capitol View and Pittsburgh, could get underway by this coming fall.

The bidding contest for construction contractors is expected to begin next month.

Elsewhere, the 1.75-mile Southside Trail section between the Connector and Boulevard—potentially the final piece to be constructed—is expected to be shovel-ready next year, officials noted.

Meanwhile, the entire Southside Trail corridor is expected to officially open next month as an interim hiking trail, with access to 11 public streets, bridge handrails, crosswalks at streets, and lighting in tunnels.

Officials noted that work on the interim trail was funded via contributions—and especially a lead gift from Coca-Cola—to an Atlanta Beltline Partnership capital campaign called “Opening the Corridor.”