‘It’s Pretty Apocalyptic’: Construction Sites Shutting Down Even As Most Cities Deem Them Essential

Ciropic > Posts > ‘It’s Pretty Apocalyptic’: Construction Sites Shutting Down Even As Most Cities Deem Them Essential 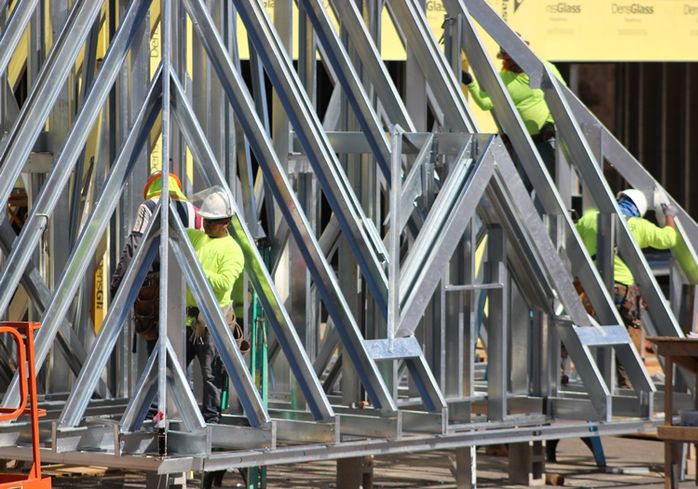 A single comma added to a shelter-in-place order made a whole city’s construction industry breathe a sigh of relief.

Atlanta Mayor Keisha Lance Bottoms issued a shelter-in-place executive order Monday evening, making Atlanta just one of many cities and states to tell their residents to stay at home. Like most other orders around the country, Atlanta’s exempted essential businesses, originally including “public works construction.”

By the next day, the city clarified its position and added a comma between public works and construction, giving the green light for more than 2.6M SF of office projects underway in the city and the thousands of apartment units to continue on despite the pandemic.

Comma or no comma, the construction industry across the country is experiencing mounting work stoppages that have little to do with government edicts. The delays are threatening to upend an industry that accounted for more than $700B of spending in 2017 alone.

“Most of the shutdowns that we’re hearing about … are coming because owners are halting and delaying their projects moreso than we’re seeing government officials putting shelter-in-place orders that include construction,” Associated General Contractors of America spokesperson Brian Turmail said.

AGC is conducting another survey this week. While the findings will not be fully calculated until Friday, preliminary results show up to 40% of respondents were experiencing stoppages or delays as of March 24, Turmail said. Of those, only 10% are a result of governmental work stoppages over pandemic concerns.

“It does seem the impact of the coronavirus is spreading and really the biggest threat is economic uncertainty as opposed to political action,” Turmail said. “We’re just in uncharted territory. We haven’t seen an economic slowdown that started the way this one did or moved so quickly.”

What began in California March 20, when Gov. Gavin Newsom issued a shelter-in-place order, has spread to Nevada, Pennsylvania and New York, along with a host of major cities, including Atlanta, Boston and Los Angeles. Details of each jurisdiction’s orders differ, especially when it comes to what are considered essential businesses. 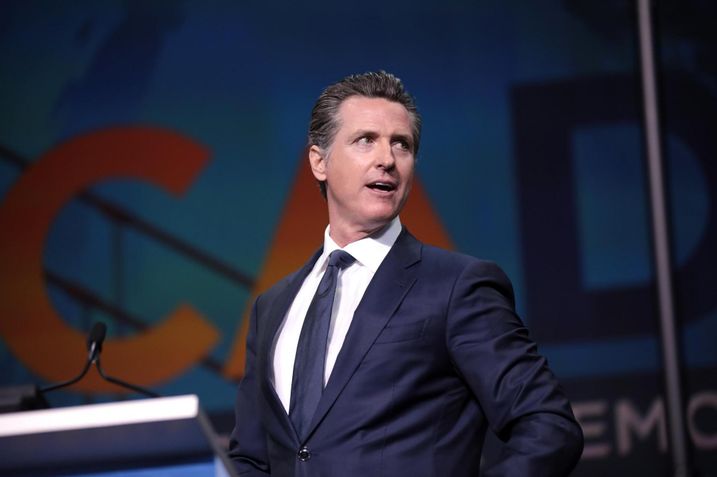 There is no federal definition of what is considered an essential business. The Cybersecurity and Infrastructure Security Agency, a division of the Department of Homeland Security, outlined various industries that are likely candidates, but it has no power to dictate what states and cities ultimately do. Many states and cities — with a few exceptions — have exempted construction firms and laborers from sheltering-in-place orders.

McCarthy Building Cos. Executive Vice President Bobby Campbell said a handful of projects have been halted temporarily, but none due to any governmental orders. But for companies like McCarthy, one of the 25 biggest contractors in the country, the amount of pain this pandemic causes will be correlated to how long businesses are shuttered and people are told to stay indoors to prevent contracting COVID-19.

“We have several pursuits that we’ve been in engaged in, none of which have been postponed or canceled,” Campbell said. “The hard part is looking in the crystal ball and knowing what the economic fallout of this is. There is certainly a lot of uncertainty.”

Some say the industry is inherently set up to be better protected against spreading the virus. Most construction companies already emphasize safety on work sites and many construction projects are outdoors with workers spread out.

“Some of these construction projects, depending on what’s being built, you can practice the social distancing,” said Dan Joy, a principal of Rule Joy Trammell + Rubio, one of the most prominent architectural firms in the Southeast.

Among its recent jobs was designing 1105 West Peachtree, the mixed-use project in Midtown Atlanta that will be the future home for Google.

Other construction firm executives are already feeling the pain, and expect more to come. Atlanta-based Humphries & Co. was involved in 28 construction projects last week. That dropped to 19 by the time Monday rolled around, Humphries Managing Partner Scott Moore said.

For a company like Humphries, which specializes in interior construction projects, a robust pipeline of work is critical for its financial health. As the work dries up, so does the revenue.

“After this week, we’ll probably be down to 14 projects,” he said. “It’s pretty apocalyptic for us right now. We have several projects that have been shut down. We can’t work.”

Construction companies’ critical questions are myriad: Will clients still have the capital to start new projects? Will they be able to source materials still from China, Italy or Spain? Will Main Street’s economy become so decimated that the commercial real estate industry crashes with the rest of the country?

All of that equates to a lot of nervous construction executives, Associated General Contractors of Georgia CEO Mike Dunham said.

“I guess it’s just a lot of anxiety and a lot of unknowns. I tell everybody: What we tell you is good till sunset, and then there’s another news story tomorrow,” Dunham said. “No one has seen anything quite like this.” 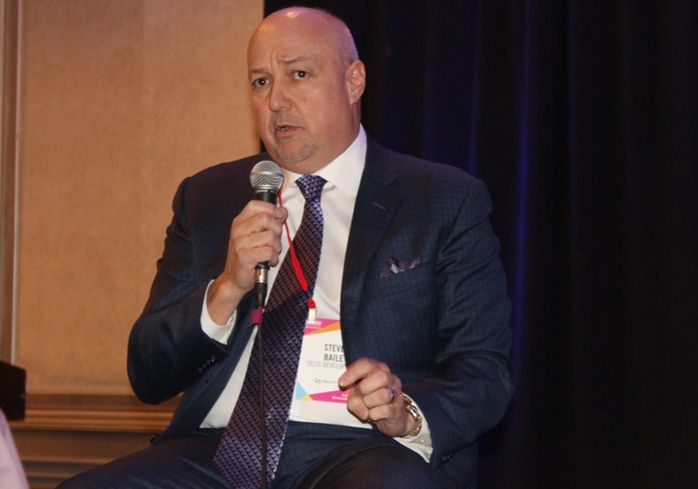 Many construction contracts have promised delivery dates with monetary incentives or penalties attached. Predicting whether projects will deliver when promised is becoming more difficult for developers.

“There are looming deadlines out there,” Selig Development Chief Operating and Development Officer Steve Baile said.

Selig is developing 1105 West Peachtree. Even with the lockdown order by the mayor, construction on the project is continuing, if not for the occasional rain delays.

But the schedule could get trickier with his contractors if the pandemic is still forcing people to keep their distance around the time Selig is set to start interior construction of the buildings, Baile said.

“We are worried about some of the subcontractors cutting back. But we’re not at that point right now,” he said. “[The construction schedule] is the most vulnerable thing out there.”

Delays and missed timelines may lead to more contractors using the force majeure clause in their contracts, something that Campbell said he is already seeing occur in the industry. The clause, often called an act-of-god or unanticipated event clause, allows for contractual obligations to be excused if a particular event makes it difficult for parties to perform their duties.

“There will be a lot to sort out. It’s going to be a complicated situation,” he said.

But even in an open-air construction site, construction firms are limiting the number of people on a site at any given time to be sure there is plenty of space, Campbell said. That means having workers come in rotations, a method that is undoubtedly slowing work down during the pandemic.

Few who spoke with Bisnow said they believe the economic interruption would last much past next month. If it does, construction companies will have a harder time keeping up cash flow, especially smaller commercial contractors, Campbell said.

But even a quick return to normalcy will have its complications.

“Even if you start it back up, it’s 60 to 90 days before I see a dollar,” Moore said. “Fortunately, we’re in good financial health. But I don’t think anybody can sustain being completely shut down. I have 116 employees. This is no fun.”

If the pandemic and the larger economic reaction to it — closed stores, furloughed workers, people unable to leave their homes for extended periods of time — continues past April, the impact on the construction industry could surpass hits the industry took in past recessions, AGC’s Turmail said.

“It’s hard to think of any positives from a long, drawn-out pause in economic activity. I mean, we’re already seeing so many owners private and public delaying projects,” he said. “If you thought the downturn in construction demand was abrupt, this has the potential to be more abrupt if this drags on.”